Barcamps, Hackathons and Meetups – the offer of collaborative events for people that are interested in the same topics is big in Munich nowadays. Several colleagues of our development team at Condé Nast Germany took part already and we would like to share our experiences with you.

Christian Woldt, one of our Web Developers, attended the „Digital Journalism Hackathon“ that was hosted by the Media Lab Bayern. Journalists, Webdesigners and Developers were encouraged to think of innovative ideas for digital journalism and create real prototypes during a week-end in December 2015. The team of Christian Woldt won the first price with their project „Journo – Buy yourself a journalist“. The idea: Journo is a platform where users can subscribe to the articles of their favourite journalist – no matter where the article was published. The jury said that Journo is convincing, because it is about financing journalism and the work by journalists. Additionally it proposes how journalists can get visible as a brand. Christian really enjoyed being part of the Hackathon, because it was great to work in an interdisciplinary team intensly in a short time, be creative together and get new inspiration for the daily work. Two members of his group are following up on this idea, create a start-up and test the product in the market.

The Media Lab Bayern also hosted a barcamp that was joined by some colleagues and me. The Digital Media Camp on February 6th 2016 was the first barcamp in Munich regarding the future of digital media. There were more than 150 participants, which was a great success. We have visited exciting sessions regarding the use of messengers like WhatsApp or SnapChat in journalism, new product innovations or the Burda Bootcamp. I have held a session regarding „Syndication“ – because this topic is dominating our everyday life at Condé Nast ever since I am working there. We had an enriching discussion with the participants about this trend that describes the phenomena of combining content of different sources at one platform (like Flipboard, Facebook Instant Articles or Google AMP) and how we can meet the requirements at Condé Nast.

Last but not least, our development team founded a new MeetUp-Series: The „Bolt CMS München“ Group. It is a discussion group for users and developers of the OpenSource CMS Bolt, a light weight CMS-system based on Symfony2 or Silex using Twig and MySQL. The group is mostly focused on web- and CMS-developers, but interested users are always welcome to join in. The first meeting was in March 2016 and there are many more to follow. If you are interested, you are kindly invited to join the group here.

Our experiences with such formats is really positive and we enjoy the conversation with the people there. We would be glad to get to know you at one of the next events in Munich, too! Feel free to share your experiences with events you attended or which you are going to attend and drop us a comment below this post! 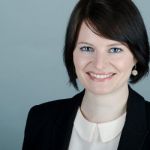 The quota woman in the team. Loves the digital spheres, art, culture and travelling. Drinks her coffee black as the night.