Fashion and digital together are brilliant. Only fashion in this modern world can't live by itself anymore. More fashion businesses are bringing new technology to each stage of the consumer and using dynamic data in more creative ways to capture and convert customers online. They are making money from their editorial content, their blogs and their social media channels, ensuring that they make the most from engaged readers. In whatever way, an IT still sounds really complicated and exorbitant for the fashion business. DevOps must be the answer for that.

One of my friend has defined, a DevOps Engineer is a person who can't decide what he really wants to do, development or operations. Some people believe that DevOps will kill the native developer, because DevOps can do both programming and operating. Like any new, people have somewhat confused and sometimes contradictory impressions of what it is.

The DevOp actually is a best practice that emphasises the collaboration of development (Dev), operations (Ops) and quality assurance (QA) while automating the process of software delivery, configurations and infrastructure changes. This makes software releases happen rapidly, frequently, and reliably.

The point of DevOps really is to reduce problematic processes, find bugs and errors earlier in the process, and replace costly manual efforts associated with setting up environments, managing environments, monitoring environments, tearing down environments, with as much automation as possible. There are thousands of tools and techniques that help making DevOps efficient, but really fundamentally, DevOps is more like a culture, collaboration, which is getting everybody to work together.

A DevOps Engineer doesn't play a role as a Developer nor as a System Administrator. But he is somenone who understands both system and the overall software development lifecycle, uses a fundamental reorientation to be able to provide a systems infrastructure in an efficient way, try to improve and reduce complicated processes with automation and enables realisation of the benefits of faster delivery of functionality.

Have you ever wondered, why DevOps get so much attention these days? The reason is because DevOps solves the most difficult part of business transition. This is how publishers can update online platforms for online readers faster, easier, more often and less dramatic. Imagine that there is a new feature for the GQ-Magazine website which will be used for an upcoming Gentleman Of The Year event. After a long development, testing and release-process due to the deadline. Hurray, It’s done! … And the next day at the event, something just happens and the feature has to be changed immediately!! The drama begins. In fashion business things happen very fast.

To repeat all the deployment process again couldn’t be possible that fast without automation and standardising - Automation enables you to do repetitive tasks without tying up valuable human resources, Standardising ensures that your automation's inputs and outputs are consistent every time. Using continuous integration/deployment (CI/CD), one of DevOps principle, allows us to accelerate high-performing online media platforms easily.

No one reads online magazines 24/7, you might read online content only when you've free time. A website traffic can dramatically increasing during such a prime time like in the morning where people are on their way to work, and reading online content. On the other hand, during the night everyone sleeps and there're just few traffic on the servers. The point is that online magazine bussines needs high-performance servers during the prime time for decreasing page load time as well as a better user experience. At the same time, we don't want to pay hundreds of Euro per hour for just a few people at night.

Cloud technology and powerful RESTful-API allows us to manage and scale instances easier, or even launch new instances to avoid downtimes during peak-times, and then terminate it whenever the deployment is done automatically. This can be done manually as well, but with a lot of effort and manpower. DevOps automated scripts can take care of those things, and that means that not tens of IT guys are needed for configuring and taking care of huge mainframe server, network, firewalls, load balancers etc.

DevOps is the proverbial new kid of software development, what develops from lean and agile methodologies. An effective DevOps implementation is entirely dependent on the selection of tools, practices, and ideas that enrich agility.

The DevOps Engineer will try to use inexpensive or open source tools, but more effective, depending on the difference of business situations. Tools like Jenkins, Docker, Chef, Puppet, Ansible and Salt enable significant automation and enable very large teams to scale software development at a very high velocity. The fashion business doesn't need to invest money on developing any new technology for themselves. There are tons of open source tools in this world. Open Source usage dominates, and the speed of change is intense. It's not possible that the fashion business can race the rate of change of the open source components.

DevOps culture will drive fashion business efficiently and advantageously. The business-side focusses on fashion, and DevOps handle the technology for the business. If you're interested to learn more about DevOps best practices, there're pretty of elite company on the planet using DevOps such as Amazon, Netflix, Walmart, Facebook, LinkedIn, Adobe and of course Condé Nast! If you're a DevOps Engineer, and interested to work with us at Condé Nast Germany, just check out our job opportunity page. 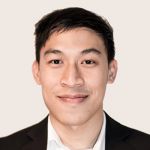